But carbohydrates make you fat? Don’t they? 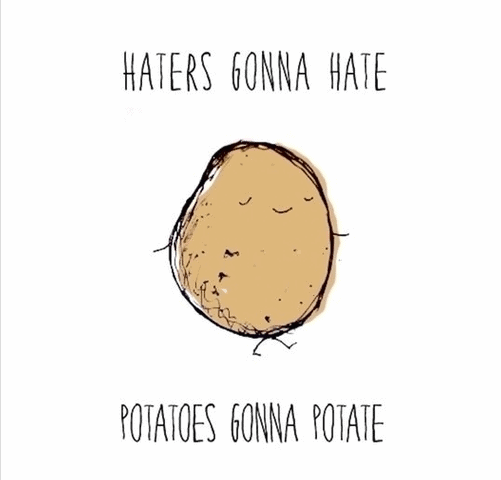 But carbohydrates make you fat? Don’t they?

The humble potato has been given a bad reputation for making people “fat” as they are predominantly a carbohydrate. However, most people are completely backwards about the diet that results in health. They learn, “Don’t eat starches (Like Potatoes), because they turn to sugar, which turns to fat, making you gain weight.” But this is not true!

Dr John A. McDougall is an American certified doctor and author, having graduated Michigan State University’s College of Human Medicine. He weighs in on the “Good Potato or Bad potato” debate by commenting on the following:

“If this mantra were true then there would be an epidemic of obesity among the 1.73 billion Asians living on rice- based diets. But instead they are the leanest, healthiest humans alive, however after moving west and replacing their starch with “high-protein” foods the weight gain comes and so does the disease… Its not their genetics its there diet and lifestyle.”

“A widely held belief is that the sugars in starches (i.e. potatoes) and fruit are readily converted into fat and then stored unattractively in the abdomen, hips, and buttock. Incorrect! And there is no disagreement about the truth among scientists or their published scientific research. After eating, the complex carbohydrates found in starches and fruit, they are digested into simple sugars in the intestine and then absorbed into the bloodstream where they are transported to trillions of cells in the body in order to provide for energy. Carbohydrates (sugars) consumed in excess of the body’s daily needs can be stored (invisibly) as glycogen in the muscles and liver. The total storage capacity for glycogen is about two pounds (0.91kg). Carbohydrates consumed in excess of our need and beyond our limited storage capacity are not readily stored as body fat. Instead, these excess carbohydrate calories are burned off as heat (a process known as facultative dietary thermogenesis) or used in physical movements not associated with exercise.”

So, what does that mean for us potato lovers?

Essentially, carbohydrates like potatoes are NOT actually bad for us, nor will they make us blow up like a balloon. Carbohydrates provide our body with glucose, the molecule which fuels our muscles so that we can move and our brains so that we can think. They are a healthy and vital part of every kiwi’s diet which should not be feared, but invited into our homes in all their potato-ey goodness! Stuffed spud anyone?