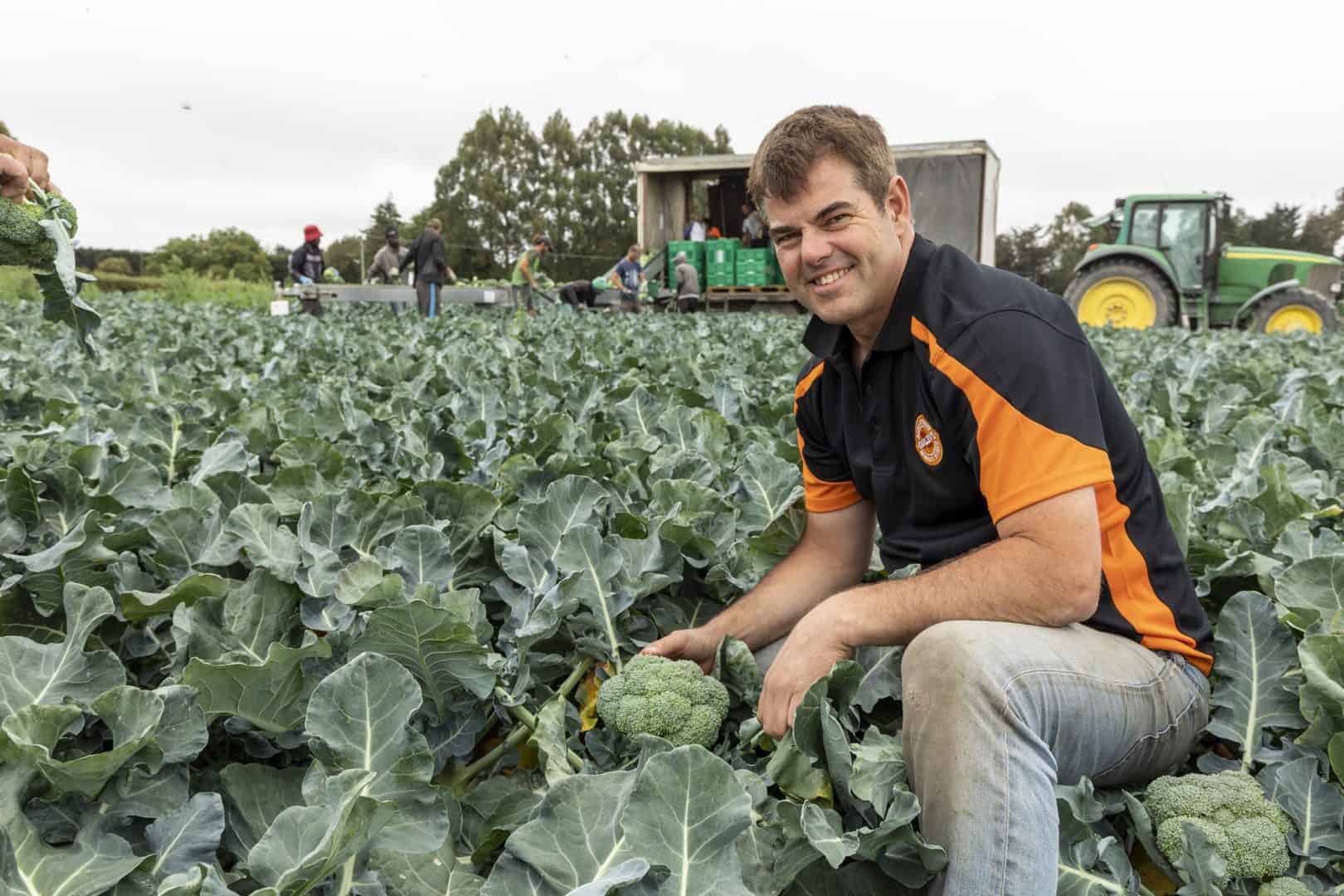 This autumn, Oakley’s Premium Fresh Vegetables founder and managing director Robin Oakley is featured on the cover of Business Rural magazine. In this article, Robin chats with journalist Virginia Wright about the Oakley’s story and the things we are doing which led us to be awarded three Ballance Farm Environment awards. Check it out! 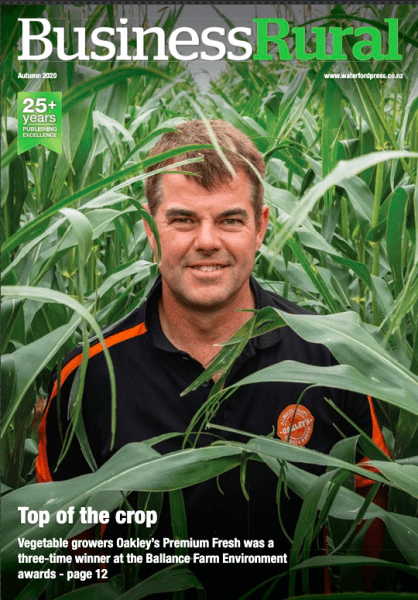 “Robin Oakley is the fifth generation of Oakleys to be growing vegetables in rural Canterbury, and while his business is based out of Southbridge the produce comes from a number of locations from Amberley to the Kaitorete Spit. Although he and his father before him and three generations before that have always had their own businesses, they’ve always worked together, pooled resources and learned a lot from each other on the way. “The farm where I started out with my father in Halkett on the south banks of the Waimakariri River is a Century Farm” explains Robin, “but I moved my business in 1999 because I needed more land with irrigation.”

That need for extra land stemmed from his change of focus. Rather than supplying seed potatoes as his father did, Robin started the brand “Oakley’s Premium Fresh Vegetables ltd” and began supplying exactly that to local and domestic markets. Today, he grows potatoes, pumpkins, broccoli and beetroot. Their main customers are Foodstuffs South Island or, in other words, Pak ‘n Save, New World and Four Square. They supply most of the house-branded “Pams” potatoes to supermarkets, including through the North Island. They also have their own brand of boxed “Golden Gourmet Potatoes” which they supply to all the New Worlds in the country year-round and are currently proving to be the most popular. 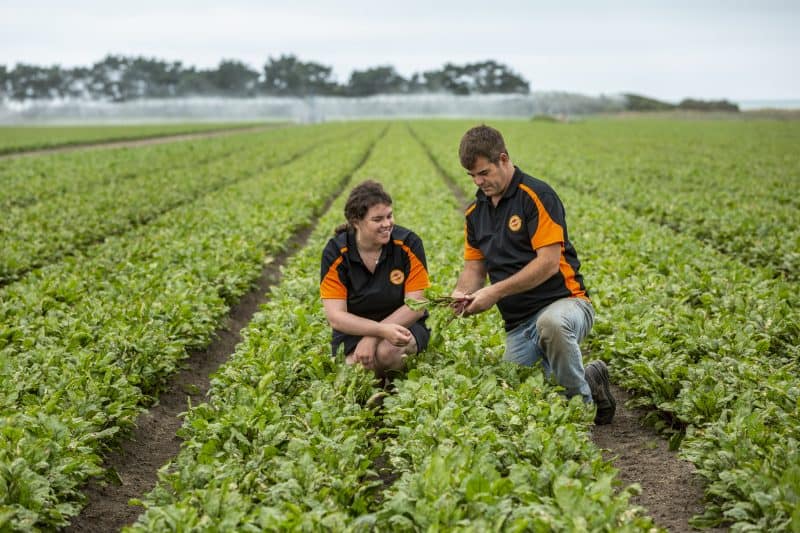 They run variety of trials constantly and Robin’s not surprised at the Golden Gourmet’s popularity. “They’re the tastiest, with great flavour and a very nice texture when they’re cooked, whether they’re boiled or roasted. It’s taken seven years but now they’ve taken off.”

They lease paddocks from arable farmers according to the soil type, irrigation style and what the cropping rotation has been. They have crop history for the last ten years and spray history for five. “For potatoes, in particular, we like a sandier, silt loam with reasonably good drainage” explains Robin. “ We want the soil to be easy to work so that we can separate the soil from the potatoes when we harvest without too much bother. No hard clods, no wet ground, which is why we never follow any form of dairy grazing because they wreck the soil structure.”

The variety of vegetables grown has changed over the years responding to the changing economics of different crops. Beetroot, for example, has become quite popular in the last few years. “I think it’s because of people’s increasing focus on whole foods and being more health-conscious” explains Robin. “Beetroot’s a red vegetable and a lot of the deep red and purple vegetables have extra health attributes.”

Although they used to be the largest cabbage and cauliflower growers in the South Island, they discontinued growing them when they became unprofitable. Oakley’s were approached about growing broccoli and what they’d learnt from growing cauliflower, in particular, helped with their transition to the new crop and growing it 52 weeks a year. “We knew it was down to a combination of varieties and location, so we’ve found a location in Amberley which allows us to grow it through the winter months which we could not do anywhere else in Canterbury.” They’re now the main supplier of broccoli to Foodstuffs in the South Island as well as supplying parts of the North Island. 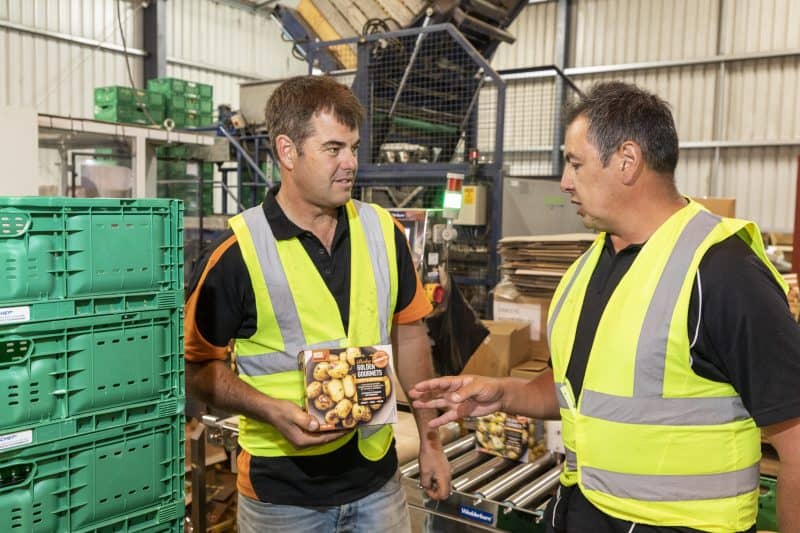 The broad skill base that feeds into their ability to grow top-quality fresh vegetables won general recognition at the Balance Farm Environment Awards last week for which they were Finalists. They emerged the proud winners of three categories: the Balance Agri-nutrient Soil Management Award which is self-explanatory; the Hill Agri-science Award for demonstrating excellence in the use of science and monitoring to optimize productivity and minimize environmental impact; and last but not least, the Massey University Innovation Award in which Kiwi ingenuity is celebrated taking into account the adoption of new technologies, tools and processes to improve environmental, social and economic outcomes.

Having cut his teeth growing seed potatoes, Robin found increased satisfaction from growing potatoes for the fresh market and particularly washed potatoes such as the Golden Gourmets which need a higher quality crop. With coronavirus ever-present in our minds, he’s pleased to give the humble potato a personal recommendation. “One serving of potatoes gives you 30% of your daily vitamin C requirements and because they’re cooked there’s no issue with the virus being transmitted along with the vitamins.” 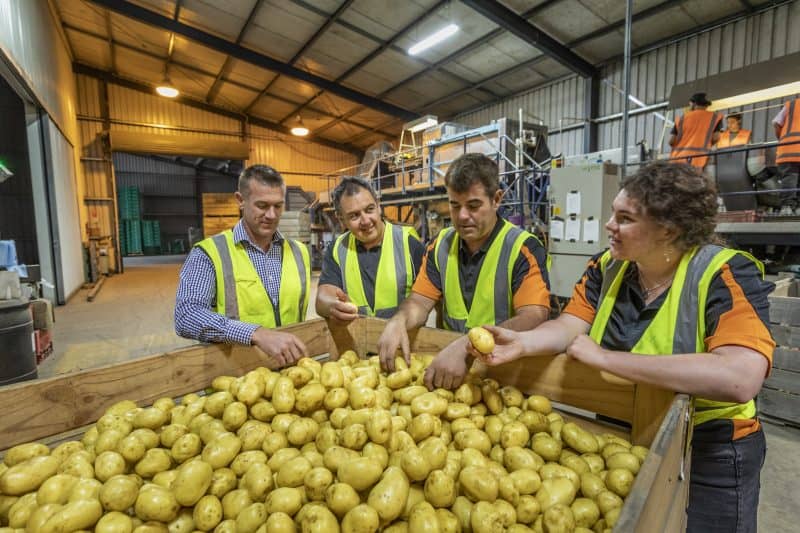 Creamy potato gratin - the perfect dish to whip up

We’re proud to be a part of #tasteselwyn this ye

We have successfully harvested all of our pumpkins

EASTER SALE 🐇🐰🥚 Chocolate isn't the only

Pumpkin season is here 🎃 Oakley's have hit the

Did you know that unlike other major field crops,

We’re proud to announce we have installed a 220k